George Bush Is one of my Heros

I know what alot of people are saying to themselves right now, He cant possibly mean that. Especially with him posting a picture of this jack ass holding the flag backwards. Yes, I mean it, and let me explain why.

Most people see The President of the United States holding the flag of the country he presides over, fucking backwards lol. At first site, this picture is FUCKING HILARIOUS! The look on his face alone, my God. Then the girl to the right, looking like she knows something is wrong but she is wondering how to go about telling this man that he is blowing it, SUPER bad lmao. 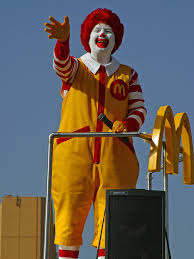 Laura Bush looks like the fucking bride of Ronald McDonald n shit lol. The super old lady in the front.. I mean, how many corpse jokes can one tell? So what I’ll say is, She looks like Mac Tonites Grand Ma. She has a tall ass face. With a long ass neck to boot. I have a long neck, but she has be beat by far. It looks like she has the woman version of the super man hair cut. She kinda look the Ellen fish in Finding Nemo. Mean while, the guy next to her has absolutly no neck what so ever. He looks like Chet from Weird Science when he turned into that pile of shit.

The guy on the other side of her looks like a old fat Mexican kebler elf.

Anyway, looking at this picture says alot more than that to me. Keith Olberman said it perfectly on his show. ( its about a minute in if you dont care to watch )

This shit was the guts lol.

Everything is fine from this mans perspective. He isnt stupid. As far as he’s concerned, when he held that flag up, he held it up correctly. He looked at it, and it was fine as far as he was concerned lol. Then he proceeded to hold it up with pride and glee with that famous smirk. But this smirk, if you notice, isnt his normal “full of shit – but youre buying it, youre buying it” smirk. This is a “GO AMERICA! ALLLLRIIIIGHT!” smirk. So he is really feeling his self in this photo right here. I dont see him blowing it really. I think he held this up this way not because he is dumb, but because all he is concerned with is how things look to him. Fuck what everybody else thinks. Thats the last thing on his mind. Until somebody reminds his ass, that while it might look alright to him, its FUCKED UP to everybody else. For the sake of the lead picture of this post, I’ll say its BACKWARDS for everybody else. lol. Fuck it, its FUCKED UP and BACKWARDS.

I refuse to believe that anybody elected to be President of this country is THAT fucking dumb. Seriously, I just refuse to believe it. I think he is just SOOOO bad at bullshiting, that he comes off as an idiot. Not only that, but sometimes it just looks like he is hella irritated that he has to explain his bullshit to everybody else. Then take questions that poke super big holes in his bullshit. So then he is left to make up a word or use a word that doesnt really mean what he is using it for, to help YALL, who are the true idiots. Because either youre buying it, or you HAVE to buy it. Either way, he is going to get to do what the fuck he wants to for the most part.
There is even a cartoon dedicated to the fuck ups of his Presidency. That hasnt been pulled off the air! Thats amazing to me. To me, if this guy was dumb. You cant talk about any stupid muthafuckas Mamma and expect to get away with it. Especially the kind of dumb guy they pass GW off to be. ( no, dont give me that he’s too stupid to know he’s being talking about. fucking spare me ). Anybody that wants to go to war all willy nilly, is gonna fuck you up for talking about they mamma. Especially the way they do on the lil bush show. Shits cold. My favorite quote came from lil tony blair’s featured appearance on the lil bush show. He said about lil bush “Youre quite confident despite over whelming evidence to the contrary”. LOL greatest shit ever said lol.

Gorge Bush is a gangster. He does what the fuck he wants to do. No matter who doesnt like it. I mean, at some point you have to stop being mad, and think back to all the shit he has gotten away with over these last, going on 8 years. I personally think its amazing. I should probably note that playing devils advocate is kinda my thing. I kinda cant help it lol. It often serves me a disadvantage. It sucks lol.
Fuck the fact that gas is high. Fuck the fact that he started wars and what not… I understand all thats foul and everything, and I agree. But what Im saying is. He is still walking the streets!! he did it in front of everybody damn near. No impeachment, nothing, just a bunch of tough talk. Noooo real action. Nobody has even tried to shoot this man. As much Bush hate as there is. Alot of people liked JFK, and he got his head blown off for his troubles. Thats all I’m saying. People compair him to Hitler all the time. But he essentially got jumped, and died as a result. Saddam even. He did some pretty amazing bullshit. But look where he is right now. G dub is still walking these streets, homie. Freely, Flying to China n shit. Holding up flags backwards lol.

I wish I could get away with that much bullshit. I feel pretty blessed to be able to do what I do, do and have done and have yet to do lol. I hope one day that I could get away with bullshit on that scale. I cant say that I’d go the Bush route. You know, killing muthafuckas, reign of terror and all that shit. But I dont know, they are making alot of money over there, doing what the hell they want to do. No matter what. Thats why Bush is my hero. Because he is making money doing what he wants to do, no matter what. I admire that. He is stead fast and wont be shaken. No matter how much shit everybody talks. No matter what his approval ratting is. No matter how stupid he look. He is gonna do what the fuck he wants to do lol. Bush on down. Especially Darth Cheney.

I honestly think the “they” have actually been doing what they want and selling bullshit for a cool minute. Its just that “they” got a screw ball thrown at them called the internet and the digital age, and “they” didnt plan for that. And not enough of them understand, so “they” keep getting busted. All this truth clashing with all the truthiness going on. All the snitching going on aint helping the cause either Im sure. lol. But, everybody gets tired of bullshit eventually.

I think Im on some Bush is my hero shit because Im high on ( wait for it … not the obvious ) the fact that I just paid $3.99 for gas at costco on van nuys blvd! Well, I guess technically I didnt. A membership to costco cost $45 bucks. So, the gas is $3.99 a gallon, but if you factor in the $45 dollar membership. Divide it by everything youve ever bought. Im not trying to do the math with everything Ive ever bought, but even if it breaks down to $0.000001 you still paid over #3.99 for gas. Well kinda. Whatever lol. Im sure my point has been made.

Of course Bush isnt my only hero, or really even all that tough. I just find arrogant people amazing. My number 1 hero is Oprah. I love her. Oprah, you could say is the complete opposite of Bush.Oprah has power only a Black woman could have. Im sure she could have women cutting off dicks at night or some other wild shit lol. But no, what does she do? She stimulates the economy by promoting shit on her show, if its on her show, people will buy it. This is fact lol. She puts people in college. She started a school for girls, and when there was trouble. Did she bullshit on showing up to fix shit? Nope! Does she start a war to make money? No. Even when she gets dissed?!! No. Oprah is gracious! However.. Oprah givith, Oprah taketh. As many people she have made money. We’ve all seen what a Oprah boycott can do. She got fat white people to fucking boycott food. That was bad for them. AMAZING! Maybe I just impress easy.

Oprah is tops.
Bush is a thug.
lol

it is the insightful guts!!!

LMAO!!! I mean from breaking that picture down to breaking down Bush’s bullshit….