I cant believe Dave had these hats in his fuckin house. This is like me growing cotton and watermelon in my backyard. 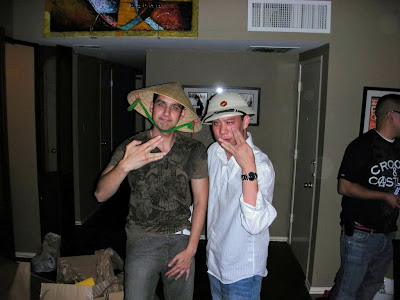 But good thing these guys are good drunken sports for the photo! 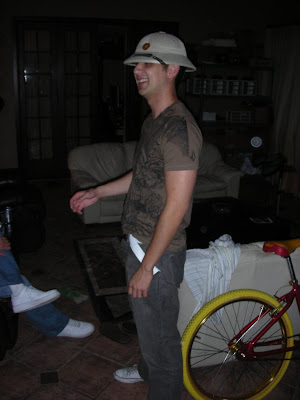 These fools was hella faded way before we even left Dave’s spot to bar hop! When we hit the streets it was a fuckin WRAP! lmao. (yes thats a white belt… shhhh. no its not a karate belt.)
So as drunk as these fools was, we hit some street in Santa Monica that I’ve only been to twice and I was drunk as fuck both times (this was the second time lol). Dave bought the first round, and when I purchased drinks, Dave passed his off! I was kinda insulted lol. So I had to let him know that its not cool to pass off liquor thats been purchased for you. EVEN if you’re too drunk (in most cases). At least share the shit! No, this muhfucka Dave just abandon the drink! But after a talking to, he saw the light and then probably triple from the double he was already seeing, which is why he passed off the drink. Did I know that? I did lol. Dave was SUPER done lol. He didnt puke tho, and we didnt have to carry him to the car. And we drank more after that! Yong on the other hand lol. He got his drunken master stumble on for a cool minute. It was amazing.

The end of the nigh ended with us passing a car that looked like… fuck it… just imagine what the car looked like from the top of this son of a bitch. 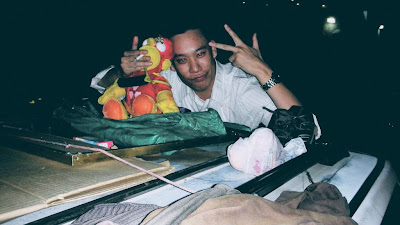 Fuckin ridiculous. But Vu is the guts for this shit here, gotdamn. We put nothing on that car except for Vu and the cigarette lol. Are those shoes next to his elbow?! YUP! You know what, now that I think about it. I think somebody may have been sleep in there. Dah well. He didnt want to get out and have a problem any how lol. For his own safety lol.

This is the night I wore my shoes that I’ll be taking back that whooped my ass. There would have been more drunken gutty pictures, but I couldnt stop thinking about how bad my shits was fucking hurting.

nice pick nigga. lol. why didnt u think of this shit? goddammit.

think of what nigga? what are you talking about? lol